The human being is the most intelligent creature and the most hated. He may do with his enemies and his victims what may be very scary to even the fierce monsters.

We will see in these lines a small part of the dark side of human “creativity” where we will see some of the ugliest instruments of torture in human history.

The forms of torture have varied throughout the ages and were aimed at bringing the victim to the peak of pain before he died, or slowly dying to be an example.

In the coming list we hope you might hold your breathe and get ready for the most disgusting, brutal and severe punishments of all times. 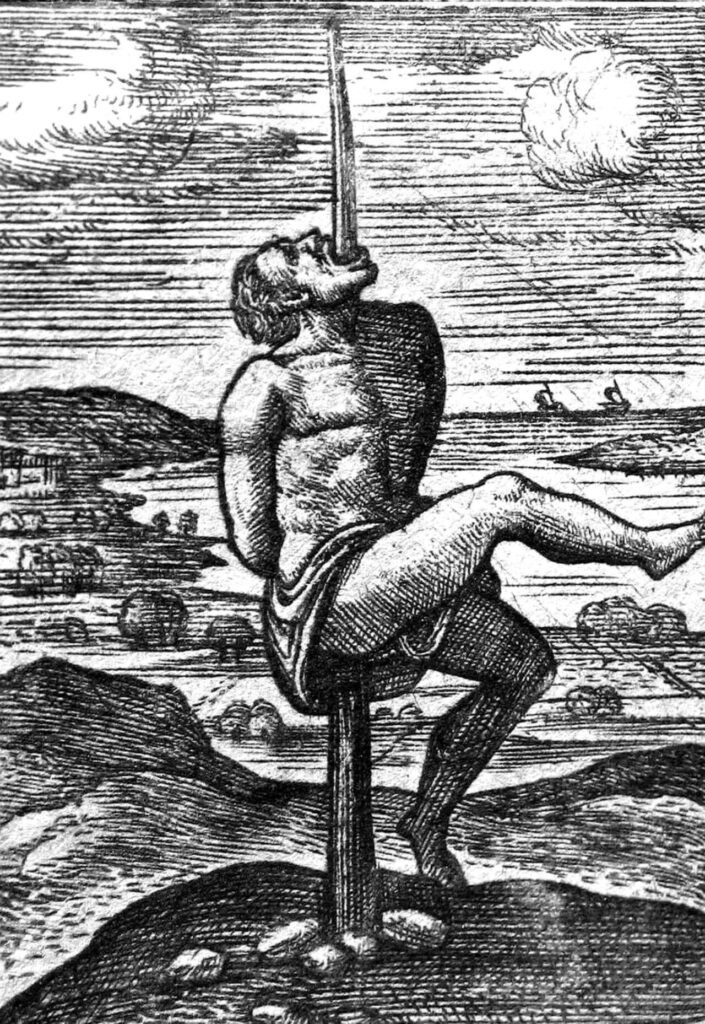 Impalement Is a method of execution and torture, which is one of the most horrible means of execution. Where the victim’s body is penetrated by a long and sharp stick on the one hand and to remove them on the other.

Pustules are sometimes taken from the victim’s mouth, mostly in the anus.

The stump is then placed in the ground and the victim is left suspended to death. In most cases, the Impalements are introduced in a way that prevents immediate death.

The stump itself is used as a means to prevent hemorrhage, thus prolonging the victim’s suffering for as long as possible, up to several hours.