According to WikiPedia, These are Best 25 highest grossing movies in the world 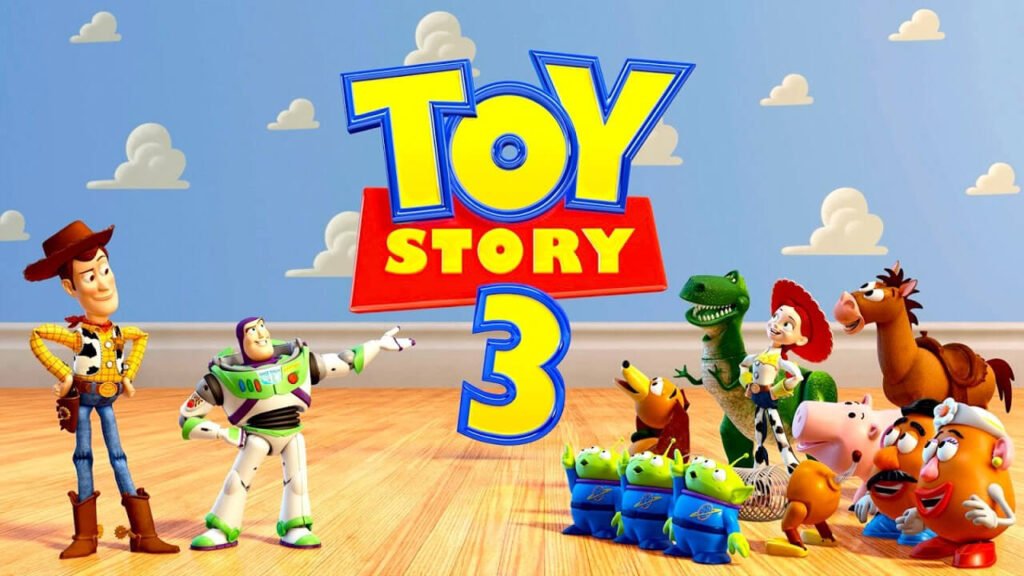 At the end of our special list we find the fourth highest grossing animated film and it’s no other but Toy Story 3.

Woody, Buzz, Jessie and the rest of the toys were so glad with Andy leaving for college, they suddenly find themselves mistakenly in the trash.

Will woody’s cleverness save their life this time ?! 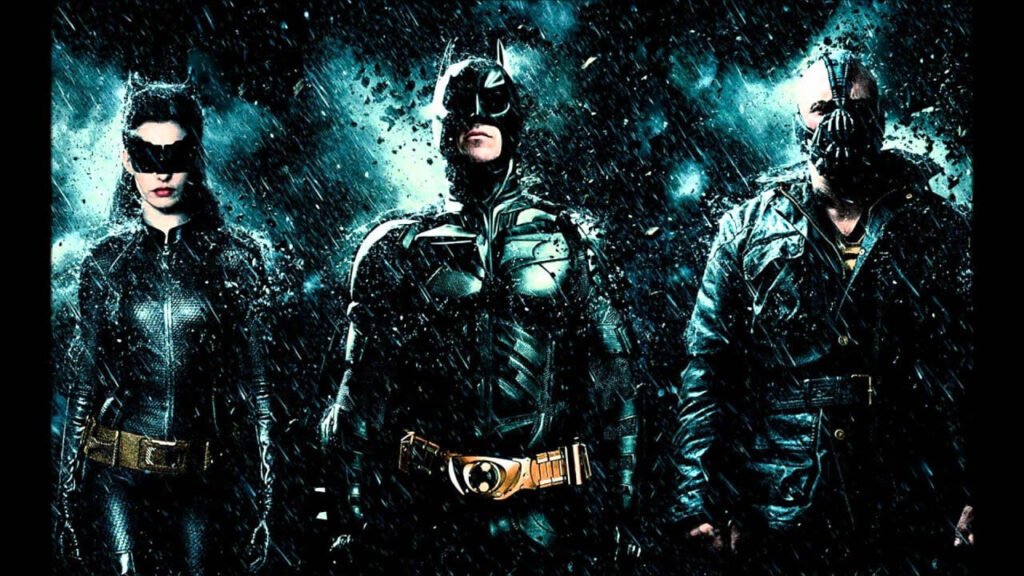 It was 2012 when the British-American superhero movie was released, directed by Christopher Nolan.

Their box office got 1.08 billion$ in a short while due to the big fame batman has and also the amazing, thrilling action in the plot.

After 8 years when Batman and commissioner Gorden vanished into the night.

Batman sacrificed all he had because he felt responsible of Dent’s death . But Bane comes out and forces Batman to get into a combat that he might not win! 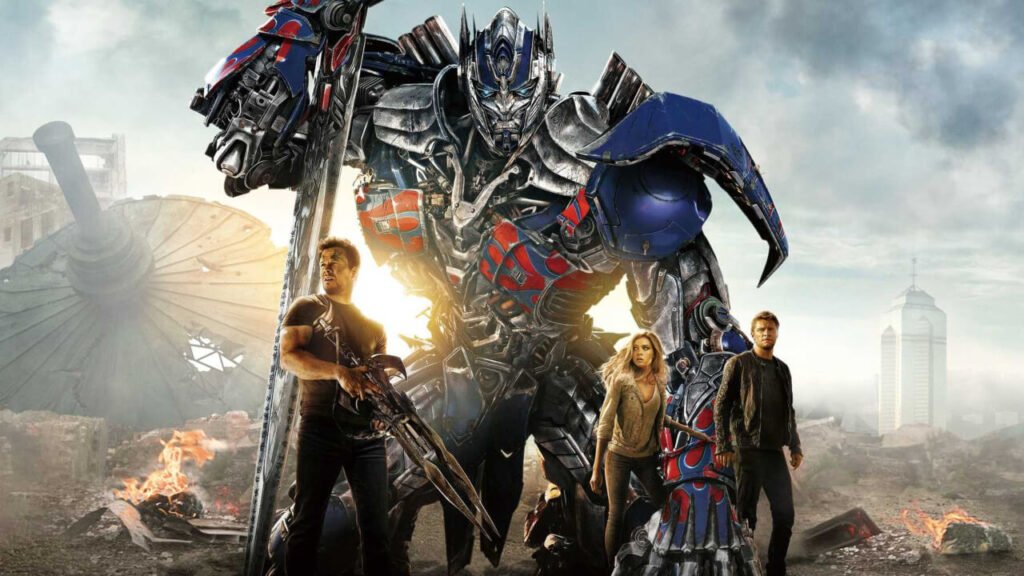 After a historical combat the city is all destroyed but it’s no big deal since the earth itself is saved from a terrible danger.

As people started picking up the peace, a horrible group tries to take control of the history. The movie’s box office has won over 1.1 Billion$. 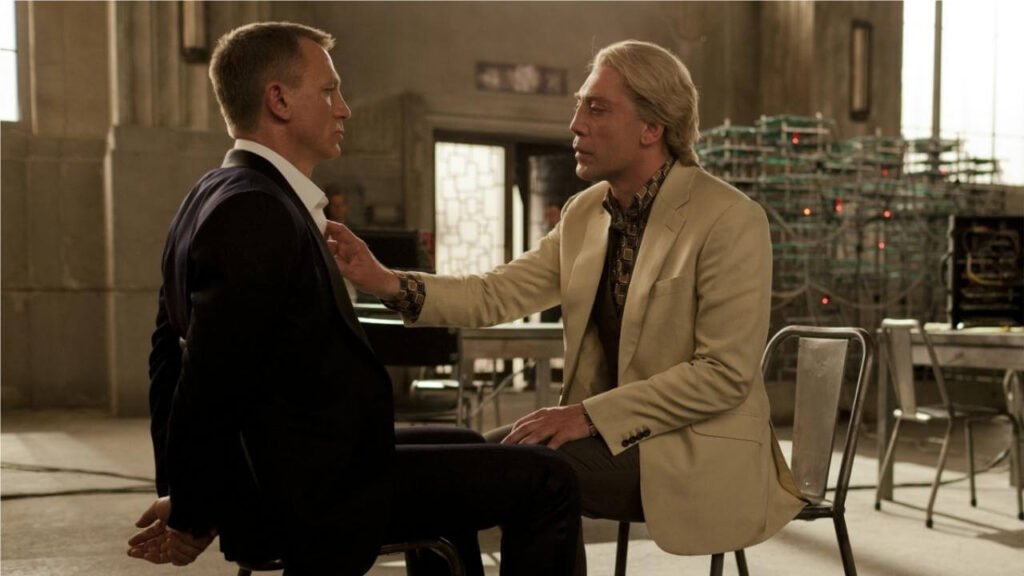 Which is also the 50th anniversary of Bond’s series that first started in 1962.

The movie got a big success to be the highest grossing ever in the whole bond’s series.

21- The Lord of the Rings: The Return of the King. 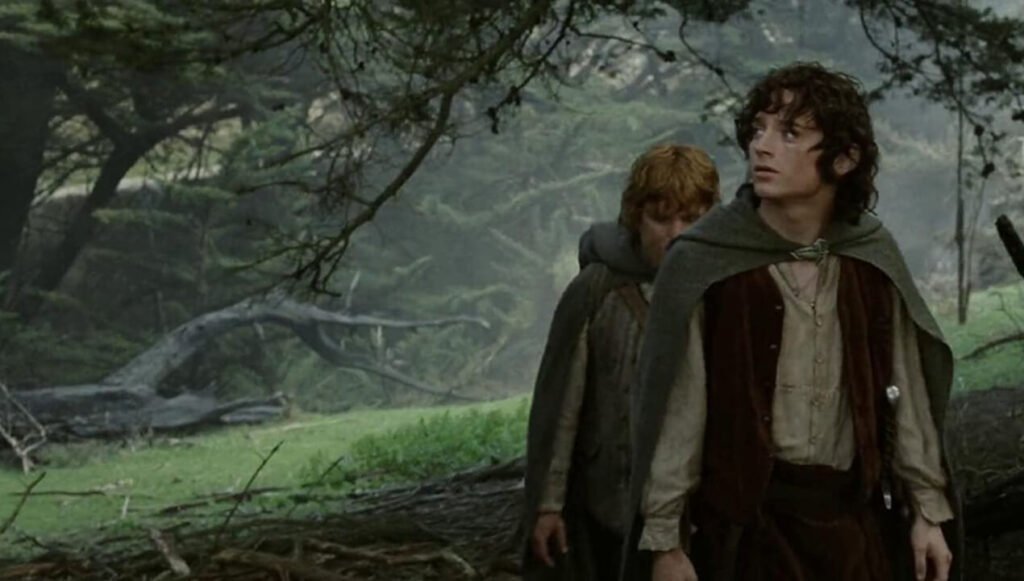 It is unbelievable how a 94 million$ budget gave 1.12 billion$ grossing and plenty of awards.

The movie is fantasy and imaginary directed by Peter Jackson and it is the last season of the film series that were inspired from a same title novel to the writer R.R.Tolkien.

20- Transformers: Dark of the moon. 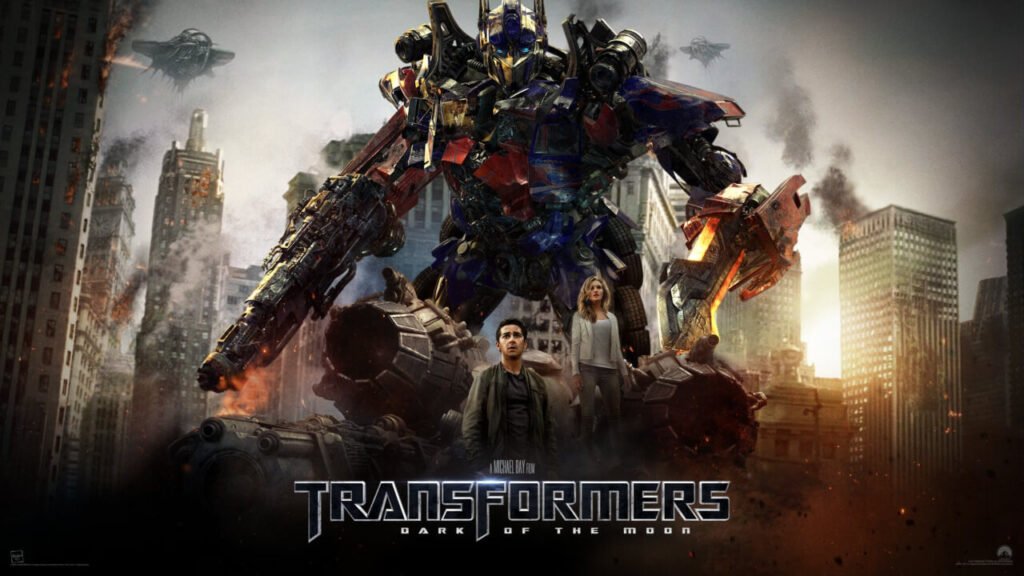 An American action/science fiction film released in 2011 and directed by Michael Bay.

The movie is the 10th fastest grossing worldwide in days and earned 1.12 Billion$. The plot of this season is full of epic fights against the auto-bots. 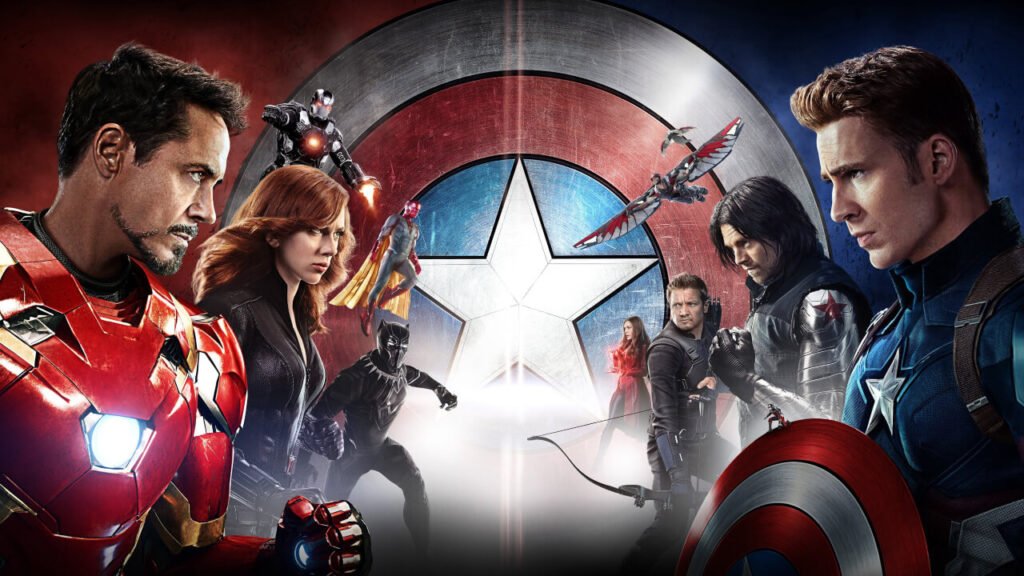 A season of Captain America’s series that raised 1.15 billion$.

The actions are about the avengers, especially captain America and Iron man, As soon as they were done beating the Robot Ultron.

The government wanted to put the avengers under control and this created a conflict between Iron man who agreed with the political and captain america who was against it. 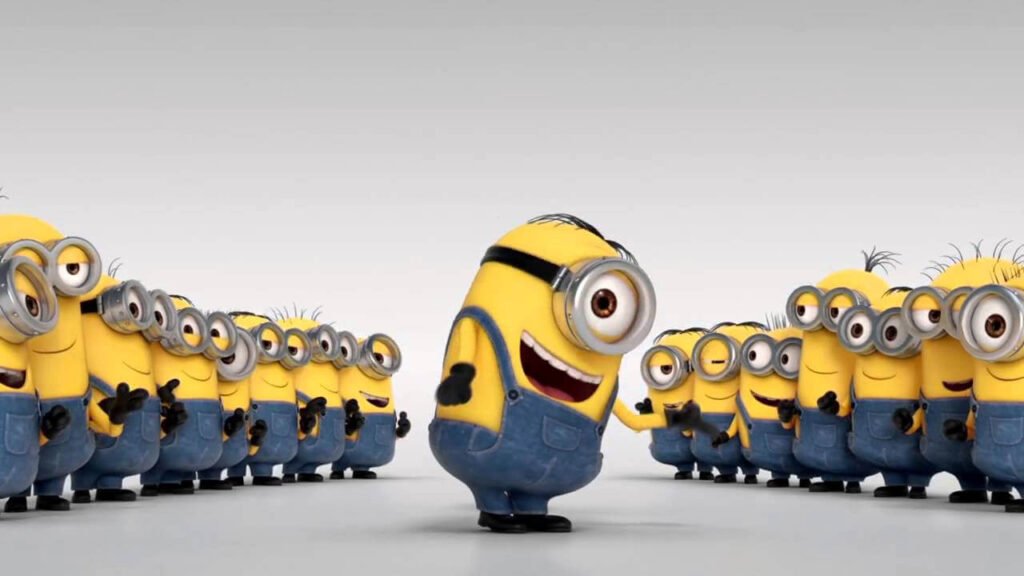 And here come the third highest grossing animated film. Minions are a yellow single-celled creatures who live for one purpose that is to serve.

The problem is that all these masters was unsuccessful, So they decide to find the evilest and strongest boss. 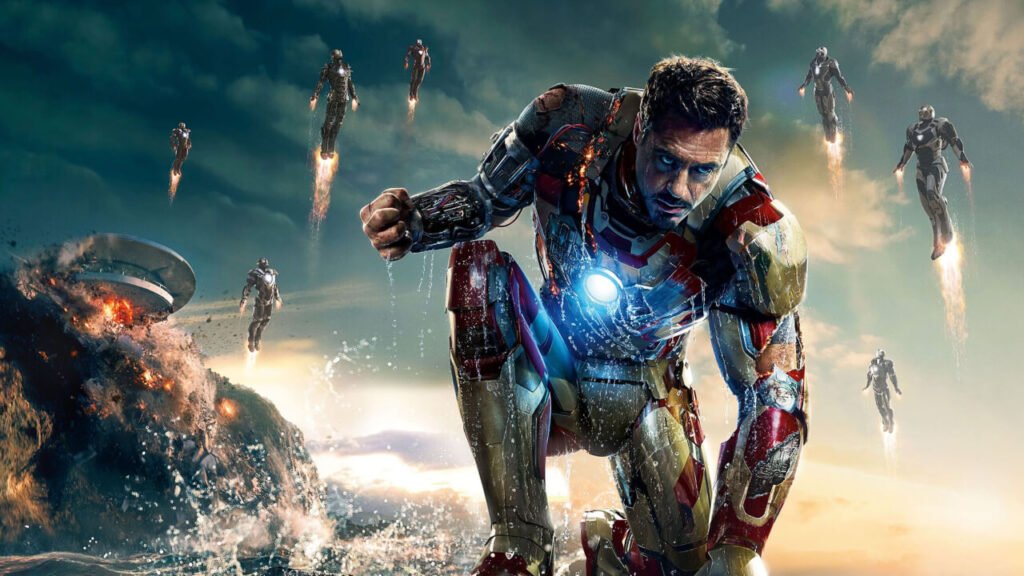 This movie has 1.21 billion$ on their box office.

Robert Downey as Tony Stark fell into a mistake 10 years ago that turned now to a big problem that is chasing his life .. will he be able to solve it? 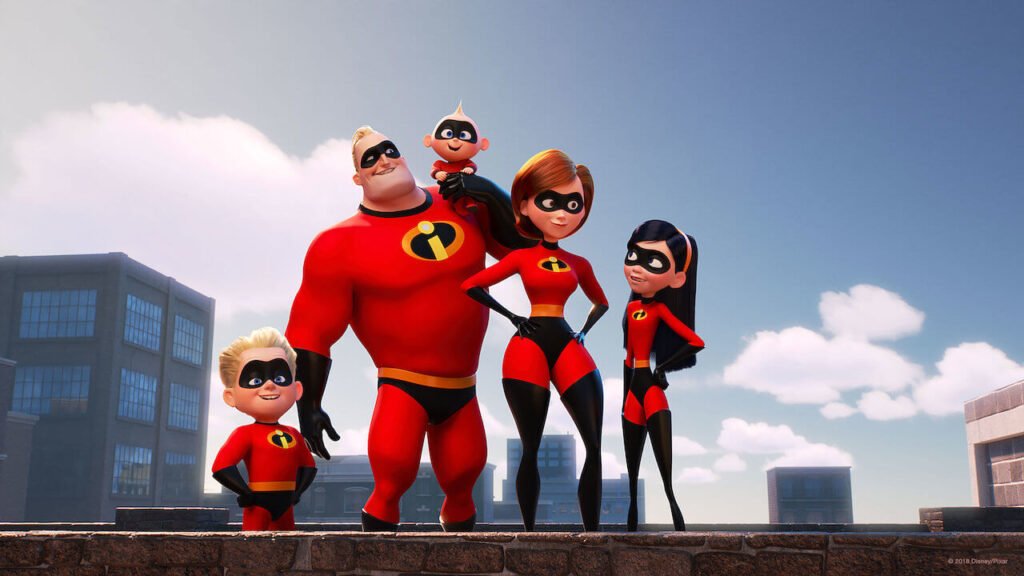 The most beloved superhero family is back! Hellen,Bob,Violet and Dash the incredible family members who are trying to have a life like any normal family.

But all of them aren’t aware yet of the little Jack-Jack’s emerging powers.

Meanwhile a new criminal come across with terrible danger and makes the family and Frozone work together again with it.

The movie earned over 1 billion$ and became the second highest animated film ever made. 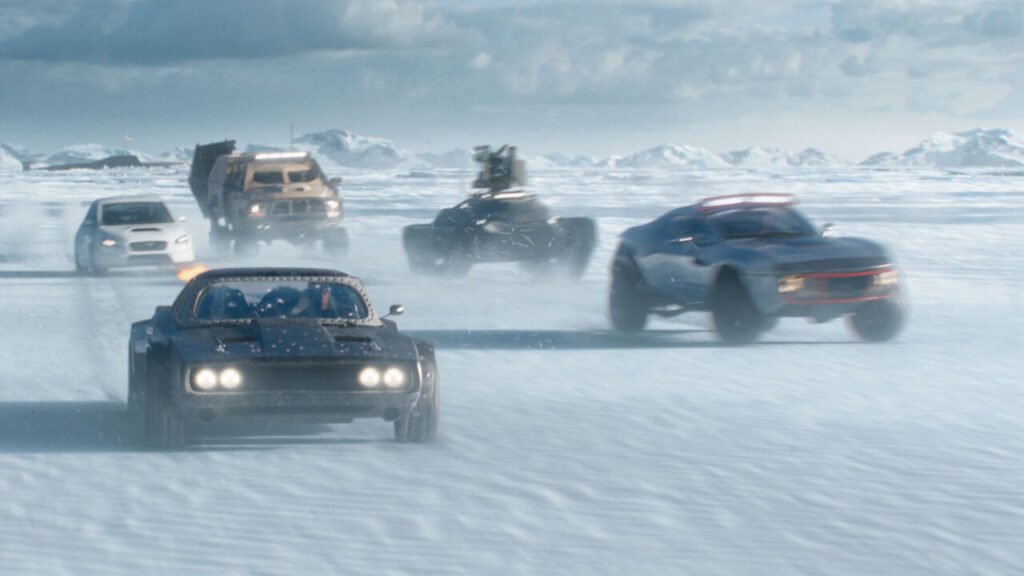 Brian and Mia decided to leave the crew when Dom and Letty got married and the rest of the members has found kind of a normal life.

But this isn’t possible when people like Cipher still exist, this mysterious woman forces Dom to betray his mates, So the globe-trotting team should re-unite to stop the troubles. 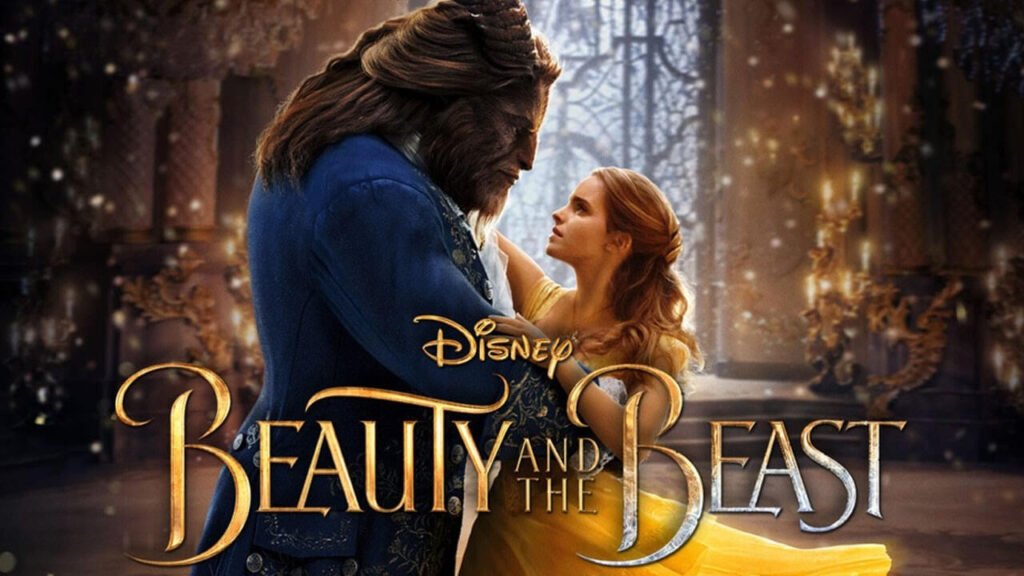 Movie produced by Bill Condon and starring by the beautiful Emma Watson and the charming Dan Stevens and took place as the ninth fastest grossing film worldwide.

The fantasy romance in the movie give you a lot of emotions in a true love story between Belle; the funny smart girl and an arrogant prince cursed to live as a beast until he finds true love. 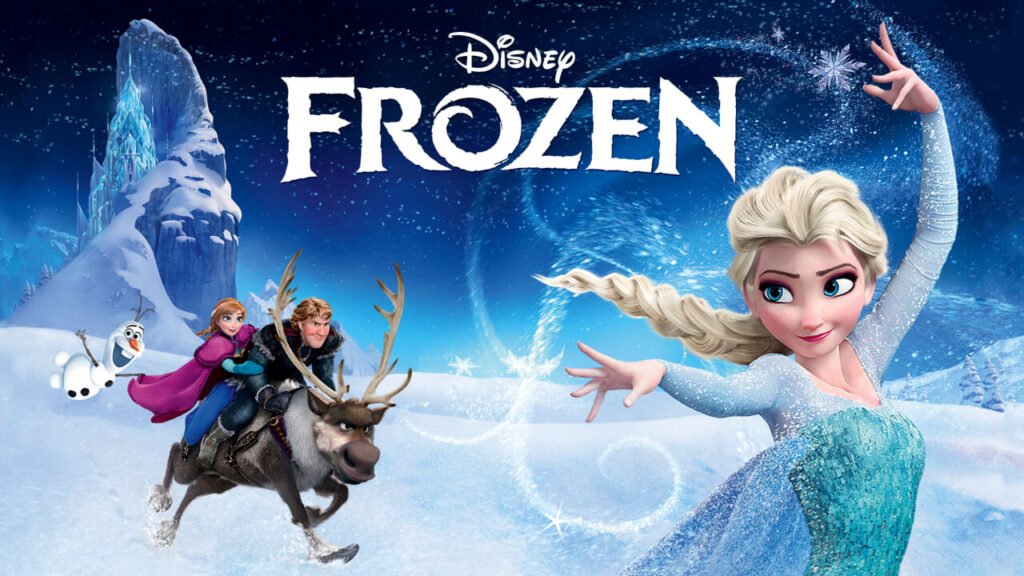 Although it has the 13th highest revenue, Frozen is the first highest grossing animated film ever with $1.27 billion in their box office.

This movie has a special combination between fantasy and comedy music.

Sisterhood and self-confidence are two principals that are very precious in this movie. 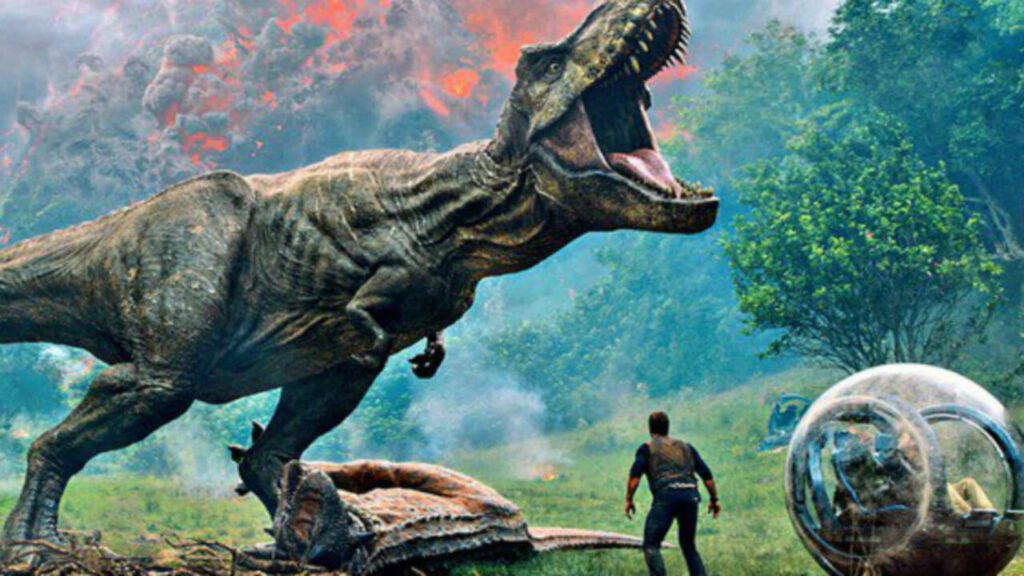 Claire and Owen return to the island of Isla Nublar after 3 years of the Jurassic park’s destruction .

But this time they went there to save the remaining dinosaurs from a volcano that’s about to blow out.

The movie came recently out yet it could raise 1.3 Billion$. 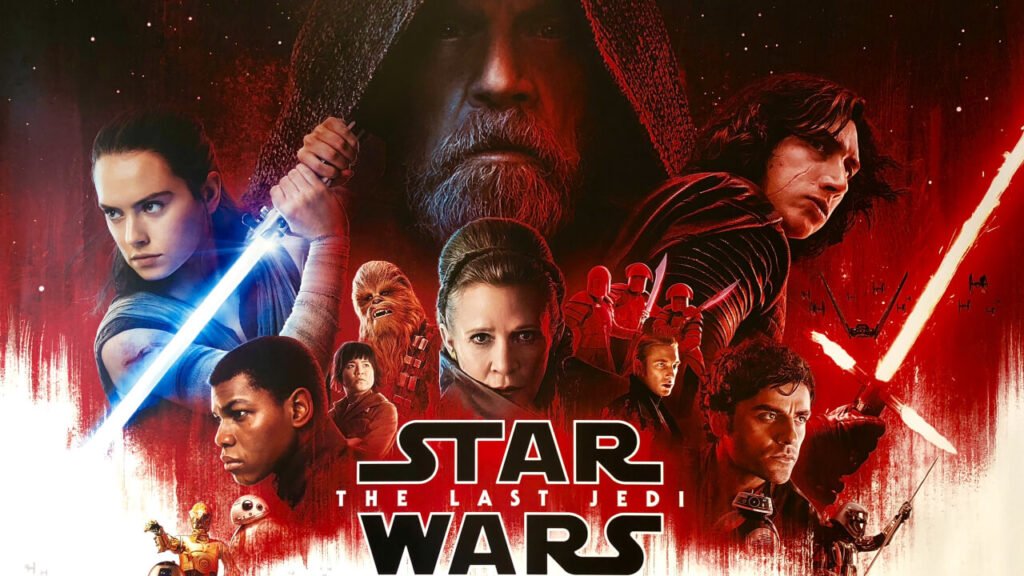 Another film of star wars series is taking place in this list. A $317 million budget gave back 1.32 billion$ and much love from the audience.

The movie has a quite special plot; Rey , a young woman who’s strongly willing to learn the ways of Jedi and so she obliges Luke to make a decision that will change their lives. 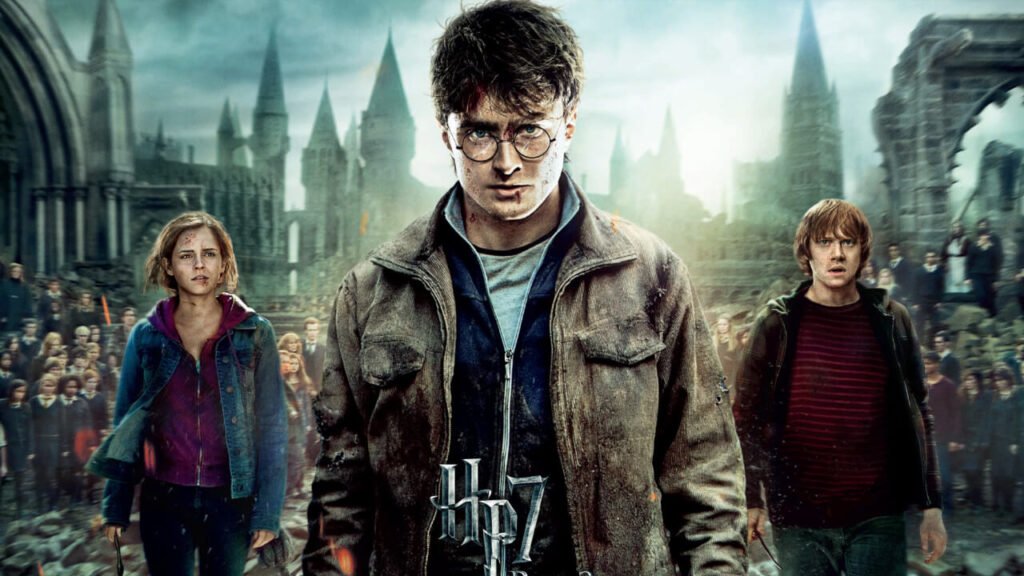 This is the last film of the best fantasy; magic and adventure series of all times.

It was released on 2011 and could take a place as the fifth-fastest-grossing film worldwide.

Harry Potter series’s fans never wanted it to finish since many of them grew up watching it and getting excited for the next season, but after all it has to be an ending for the evilest dark wizard Voldemort and no one might have done it except our beloved wizards; Ron weasley, Hermione and the great Harry Potter. 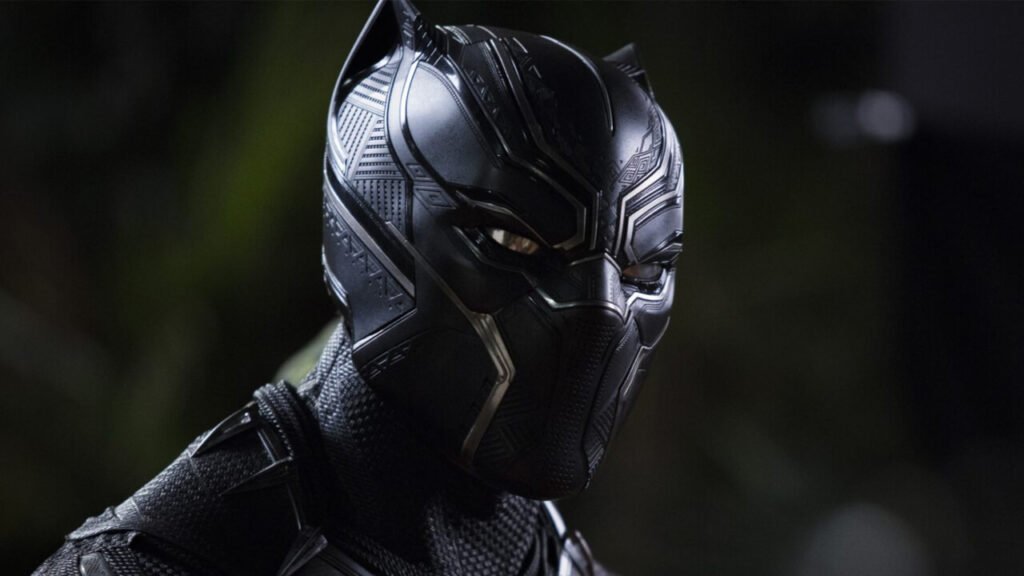 A 2018 movie that could in less than a year raise over 1 billion$. The story is inspired of the very first black super hero.

In the movie starring by Chadwick Boseman As T’challa ; the heir of the African nation of Wakanda. After his father’s death, the heir goes back home to take his rightful position as a king but it wont be that easy because of this enemy. 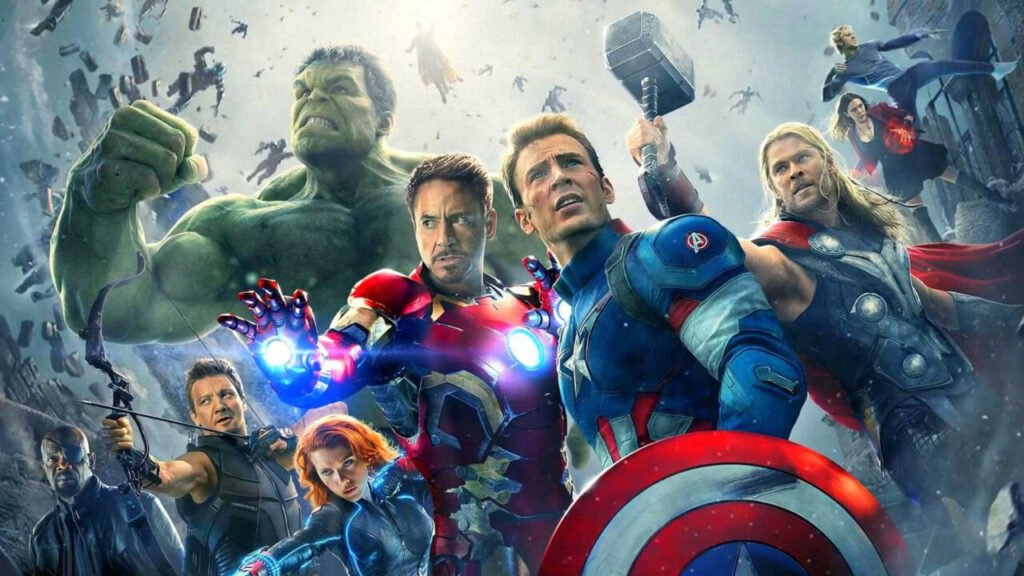 Age of Ultron: Yes! Another Avengers movies is in this list this how great this film series is.

This season is second-most expensive movie ever made. The critics admired the movie so much and it made the fans screaming for more so there is another season called Infinity war already released in 2018 and another one that will be out in 2019. 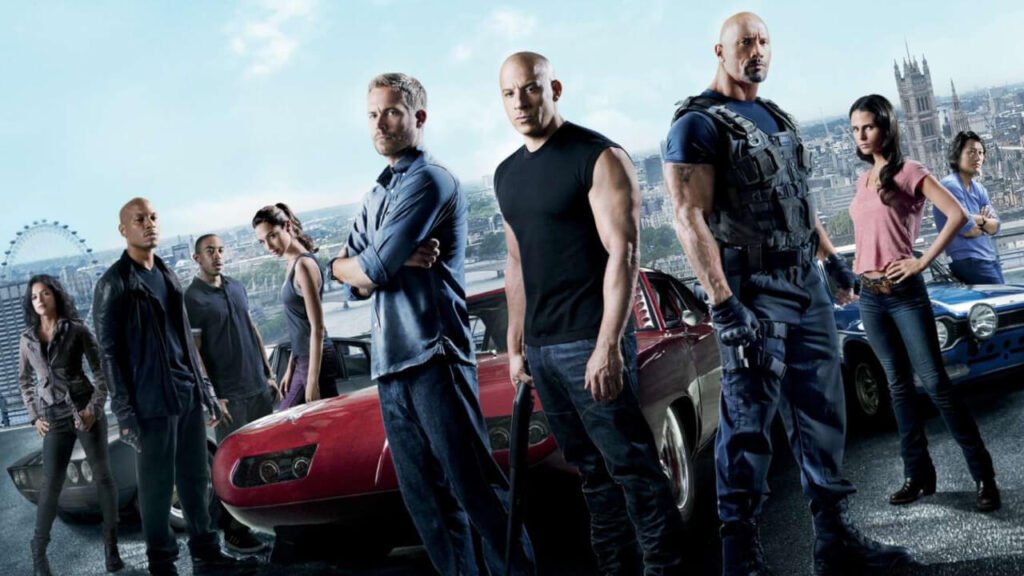 After beating the international terrorist Owen Shaw. Our beloved heroes , Van and Paul and the rest of the crew try to get more normal lives but Shaw’s older brother is seeking for revenge.

In the middle of filming this movie the great Paul walker passed away so the movie was quite late to be released but Walker’s siblings participated to finish the movie and it was the best of all series. 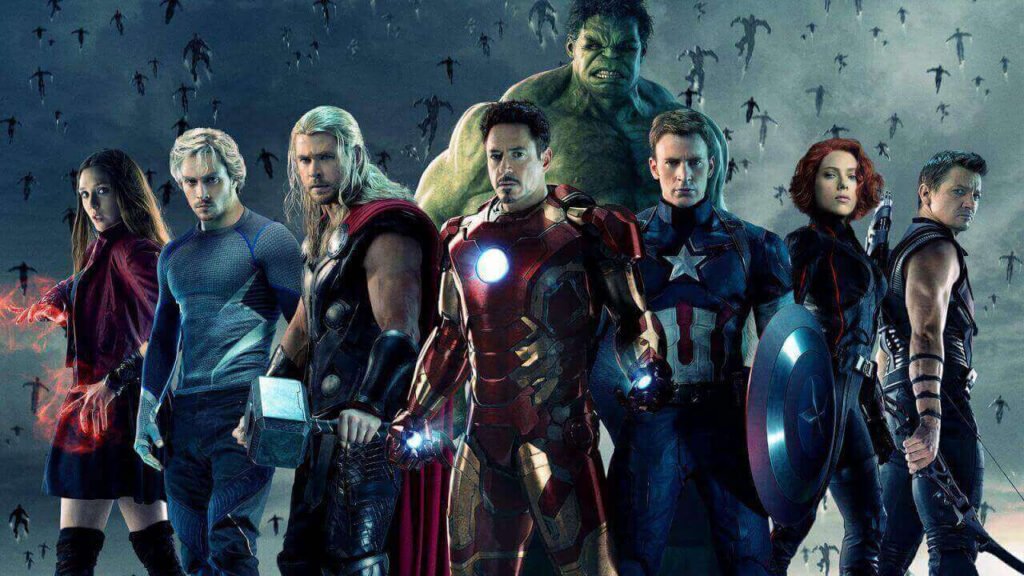 This film is the tenth- biggest worldwide film opening since 2002 and it grossed over 1 billion$ really fast.

The plot is full of excitement and fantasy. When a bunch of super heroes get all together to protect the earth from Loki (Thor’s brother) and other evil enemies. 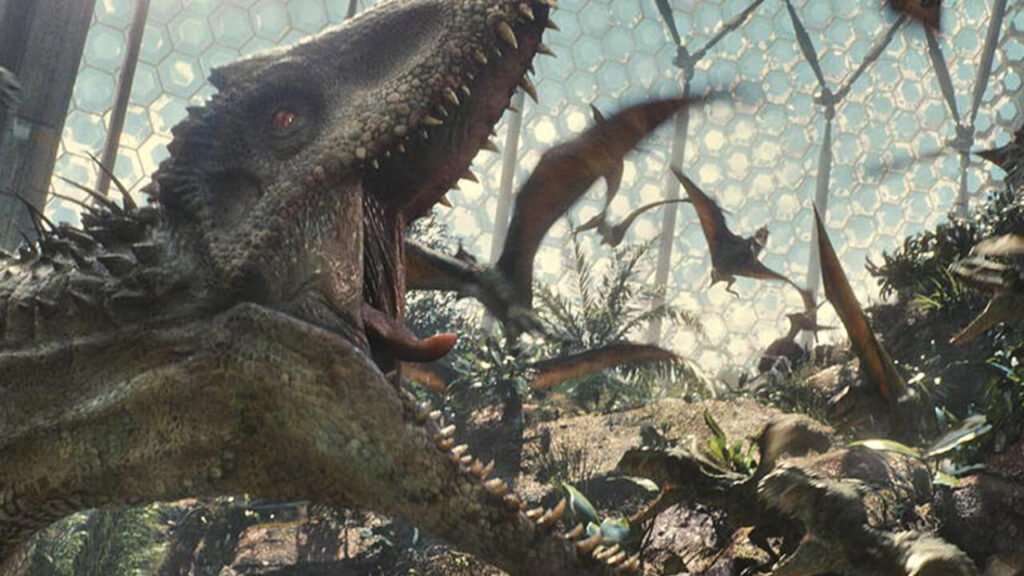 Released in 2015 and directed by Colin Trevorrow as the fourth installment of the Jurassic park film series.

This season’s actions take place in Isla Nublar (Same site as the first season) where the Jurassic park has recently opened but it gets too chaotic when Indominus Rex; the genetically engineered dinosaur goes out of control and run away from the park into the island. 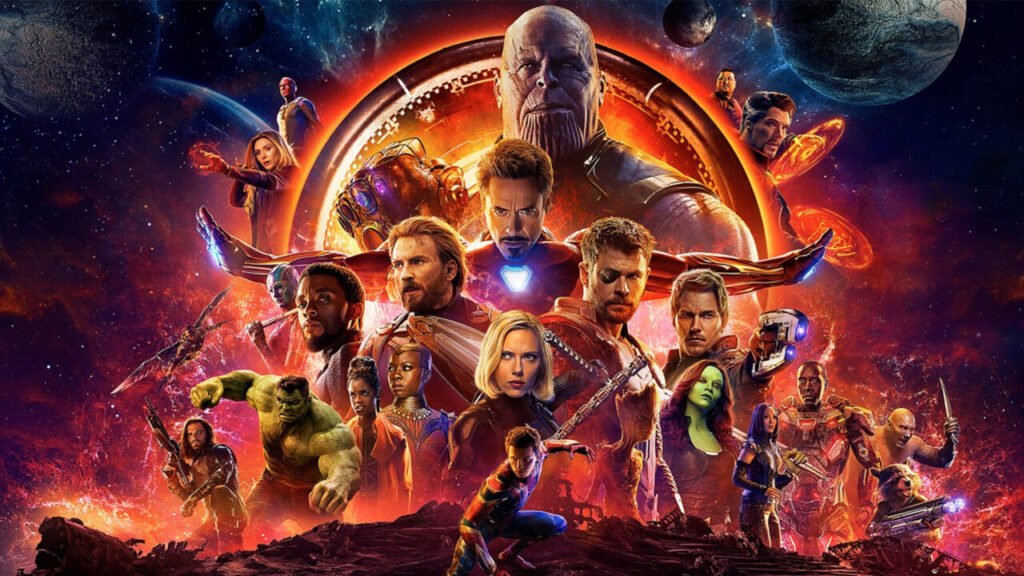 An 2018 American film that took only a quick time to be the fourth highest-grossing movie ever, but no surprise when it cast is just Awesome. Robert Downey, Chris Pratt , Chris Hamsworth , Chris Evans, Scarlertte Johanson … .

In the movie the Avengers and the galaxy guardians must stop the evil Thanos from having all the six infinity stones. 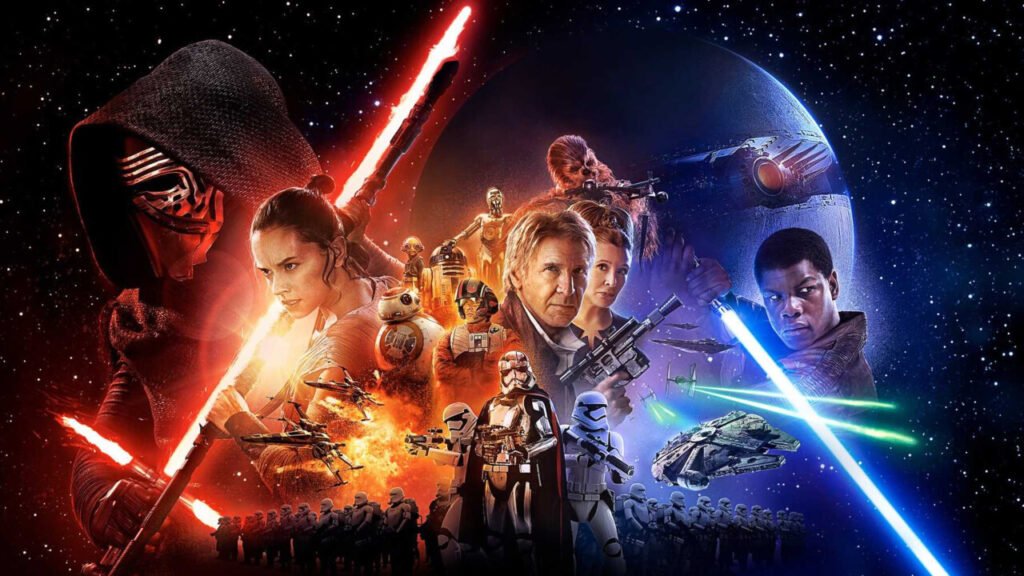 With a budgets of 258.6 million$; this fantasy movie was made by the great director J.J Abrams and a bunch of the best actors such as Daisy Kidley, John Boyega, Harrison Ford , Adam driver and more..

The movie’s actions happen 30 years after the loss of the Empire and the death of Darth Vader; the great leader.

New conflict start in the galaxy of the disgraceful defeat the Empire. In this season has 3 new characters beside the famous old ones. 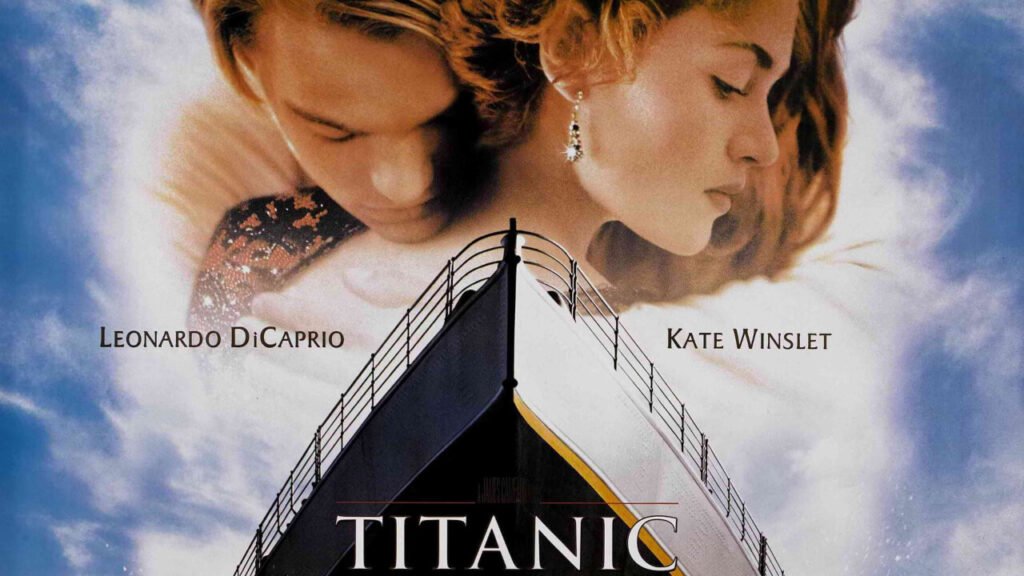 As we first mentioned this amazing movie was the highest grossing film since it release till 2009.

The movie’s title is the famous English ship’s name that was considered as the most expensive and epic ship ever.In 1997 the most romantic and tragic movie was released and it was over all expectations with the incredible fame and sympathy that got from the public.

Kate Winslet as Rose and Leo.D as Jack could perfectly fit into their roles. The plot was in the ship Titanic and the writer used the true timings, places and a few names to keep the truthfulness and included an imaginary love story into all of this mess. 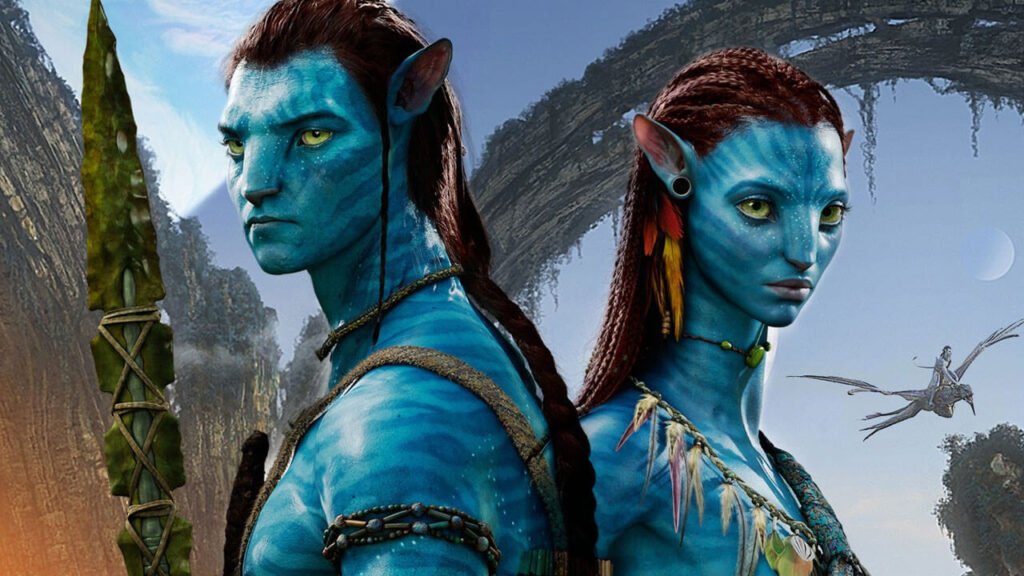 For 13 years, No movie but Titanic could beat 2 billion$ as the highest revenue until James Cameron outdid himself and directed Avatar; the greatest science fiction movie of all time. This movie and only in 10 weeks could raise over 2 billion$.

The story is about humans and an imaginary population called Na’vi who live on Pandora the habitable moon. When humans drained all earth natural resources in 2154, they decided to send a Na’vi-human hybrids called avatars to explore the Pandora and look for energy.

From his Release Avatar is Always The First on the List of Best 25 highest grossing movies in the world On Best25.net